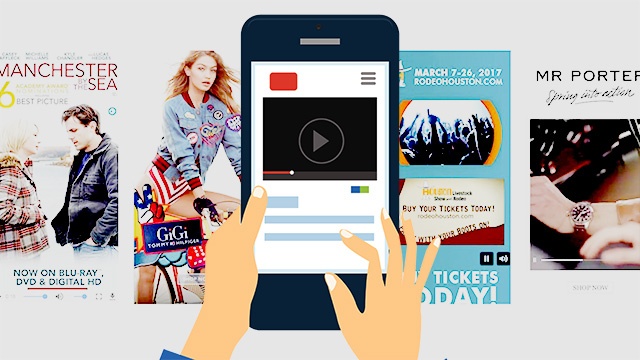 AdWeek – MediaRadar is a cloud-based intelligence platform which uses data science to give ad sales advice on millions of brands. The company published a trend report on Tuesday, Vertical Video Market Snapshot: Q1 2017, which analyzed the use of vertical video advertising by media properties in the first quarter of this year.

The results from the report are telling.

With an analysis of over 100,000 advertisements in Q1, MediaRadar found that only 112 mainstream websites and mobile sites contained vertical video ads. That’s not a particularly large number.

Krizelman cites divisions at Hearst, Condé Nast, Time Inc., Vox Media, AOL, Business Insider and NBCUniversal as companies who have been early adopters of vertical video advertising. These companies all have something in common: Ample resources.

“As with many new formats, there is a lot of testing,” continued Krizelman. “This is especially true with video duration. For example, MFS Investment Management is running a 90-second ad, while others are staying short, like with this 5-second ad by Chanel. The majority, however, are running 15-second spots. This is interesting since Snapchat, a vertical video leader, has a current max of 10 seconds.”

While much of the media landscape doesn’t seem totally comfortable with going the vertical video route just yet, the MediaRadar report does show that the entertainment industry, in particular, is leading the charge.

Despite early struggles, there’s a belief that this method of advertising has great potential.