The Drum – For the beginning of February, Hulu and Amazon were in the lead. Here’s the chart and full insights. 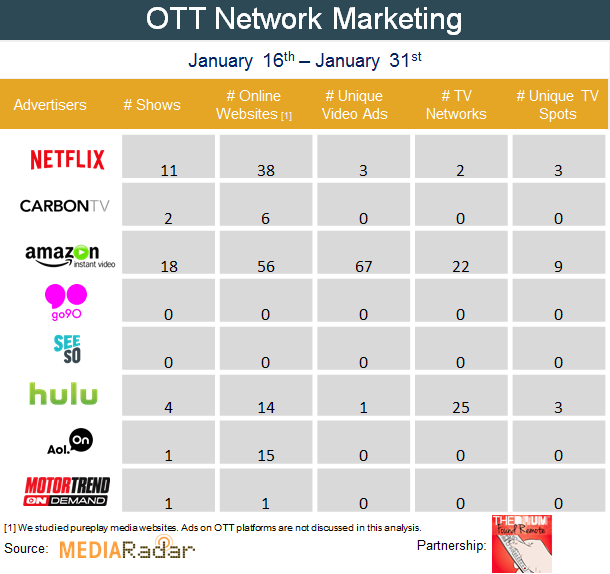