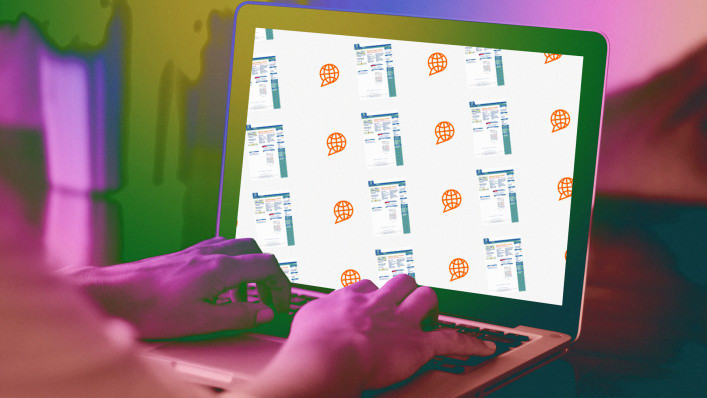 Fast Company –Before Mark Zuckerberg created The Facebook, and even before Tom Anderson of MySpace was a household name, there was Todd Krizelman and Stephan Paternot. In 1994, the two Cornell University students founded Theglobe.com–a sort of proto-Facebook that let users publish their own content and find friends with similar interests–out of their Ithaca dorm room. Less than four years later, The Globe issued an IPO and saw their share price jump from an initial $9 to a high of $97 before the trading day was over.The Globe kept expanding, and Paternot and Krizelman saw unbelievable wealth at an age where most of their peers were just learning how to be adults. But bad corporate decisions and the collapse of the first dotcom bubble hit their company hard, and the pair left in 2000. The Globe’s stock price tumbled, and the cofounders gained and lost massive amounts of wealth in the process. According to a 17-year-old Los Angeles Times article, Krizelman sold approximately $2.4 million of company stock in 1999; by the time the article was published the next year, The Globe’s stock price fell from $39.47 in April 1999 to $7.78.

Post-Globe, Krizelman went on to attend Harvard Business School and worked at one other company for a few years before founding MediaRadar, a cloud software company that produces a popular dashboard for the advertising industry in the very end of 2006.

Being at the center of a massive corporate rise and fall taught the now 43-year-old Krizelman a few things about business. Here are some of the biggest takeaways in his own words.

LESSON 1: IPOS CAN BE MIXED BLESSINGS

I have complicated feelings about our IPO. We lowered our stock price based on the bank’s advice significantly to get the IPO deal done. Then the price stock instantly shot up on the first day, and that immediately sent a message to us as owners of the company that the bank mispriced the deal. We left a really significant amount of money on the table.

If you ever look at companies going public, they can have these huge run-ups that are generally not a good sign. If there’s a big difference between the price it’s opening at and the price it closes at the end of the day, that’s all good for the bank, but not necessarily good for the company.

Going public for the first time is a bit like getting married: It’s an activity you do infrequently.  Like when you get married, most executives only go public once. When I was getting married, I remember negotiating for the cake, the physical space, and the alcohol. You negotiate for a wedding once, but the person you’re negotiating with does it full time for a living. You understand that you’re not going to be as good as the person you’re negotiating against.

[At The Globe] we were in the early days of the internet, and we sold ads almost like a portal. We were a top 25 traffic site, and we sold ads against our audience. As the market started to crash, we really doubled down to own a younger male demographic focused around video games. Strategically, this was a good decision.

We thought the market was overhyped earlier than most, and so we started making changes and acquisitions to really try to buffer against what we thought was another market decline. We didn’t know when, but by late 1998, we knew it was going to come soon.

As a result, I thought about how to narrow our focus, so we would be positioned to weather the storm.  This led us to acquire several companies in order to improve the quality of our audience.  When the crash happened in April 2000, we were of course impacted negatively, but we didn’t go out of business or have to raise more capital.

Nowadays, it’s not that running a company is a blissful event all the time . . . it’s not. But MediaRadar has been a more fun and productive run. There are many things I learned the first time that I apply now at MediaRadar that mainly relate to management.

For instance, at MediaRadar, I communicate actively with the full staff, so they understand how the company is really doing. This was something I didn’t do in 1999 at The Globe.

We host detailed quarterly updates where we go through product innovations, and also financial performance. As a leadership team, I encourage that we share what’s going on, including both successes and failure.

We also weed out jerks from the organization, no matter how productive they are. Poor performers are easy to work out of the organization, but there is often a conscious hesitation to weed out bad seeds when they are extremely good at their job. This was something I wasn’t attentive to 18 years ago, and not 10 years ago. Today we are a much better business, and a more positive place to work.

I also learned to solicit feedback and really listen to it. This is true about product feedback, but also personal feedback, too. To get better at your job, you need to let people talk to you. This starts with me, and is true for clients too. Many of our clients share how surprised they are that we ask where we are missing the mark. This keeps us humble and contributes to our success in the market–we have 95%-plus renewal rates.

It’s the course-corrected version of my life that I wanted.

At MediaRadar, the last person leaves at 7 p.m. at the latest. But at the Globe, I left at 11 p.m. most nights. I have two daughters, and I want to see them. While I’m at the office, I want to be really productive.

If I want to work at home I will, and I do many nights, but work-life balance is about building a whole company around an ideal–being really focused at the office and not doing too many other things. Just be fastened down when you’re at the office.

The Globe was in the early days of the internet, and the market was a free-for-all with green fields in every direction. That led to some big wins, but there were also many people fighting over the same space.

At MediaRadar, we find spaces that are more narrowly defined instead. It’s a B2B business in one vertical, servicing ad salespeople, agency people, development people, and that’s it! That’s who we want: We want to be an amazing partner for them, but we don’t want to be all things to all people. It’s not just choosing the market, it’s that you want to be No. 1!