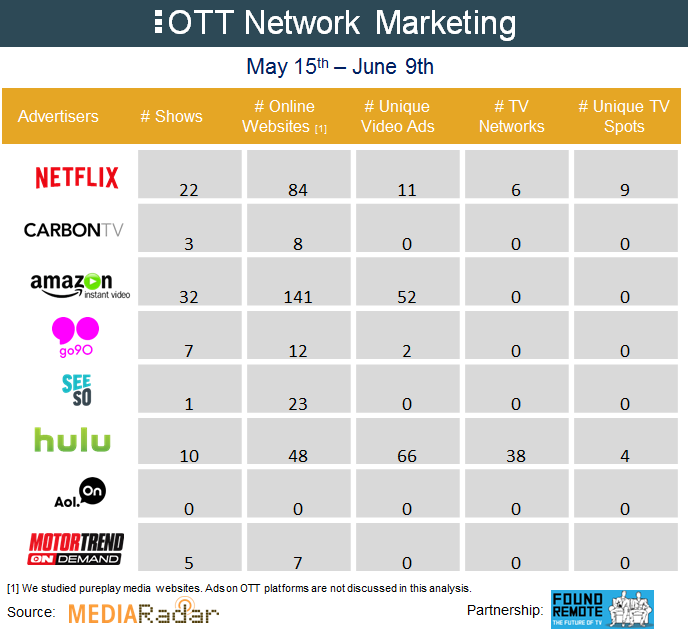 Found Remote is continuing our partnership with MediaRadar, a leading ad-sales intelligence platform to understand how the major OTT platforms are diversifying their marketing efforts. Here are the insights the beginning of the summer.