The Wall Street Journal – Every other day it seems that a new online publisher is promising to reinvent digital advertising, amid cries from industry luminaries that online advertising—particularly on mobile—is broken.

Thus, it seems fair to ask, wasn’t native advertising — especially as it became more “programmatic”—supposed to help solve all of this?

After all, startups ranging from Sharethrough to TripleLift to Nativo raised tens of millions in venture funding over the past few years promising to make better, more effective ad units that could be easily delivered to publishers across the web.

It’s debatable whether that promise has been felt. In the programmatic ad buying world, native ads are becoming a much larger part of the volume being traded on various ad exchanges. But, so far, programmatic native ads remain a tiny slice of the overall advertising market, while widely derided banner ads continue to reign supreme.

The push for more native ad units took off about five years ago, when many digital media executives began to rethink the way advertising is presented on the internet. Tech giants like Facebook and Twitter proudly eschewed traditional banners ads in favor of custom units designed to be integrated into and match their own platforms’ form and function. Thus many traditional media companies began to seek their own version of native ads.

While the term “native” has become something of a catchall, digital industry executives tend to make a clear distinction between custom sponsored content and programmatic native ads. Sponsored content is often produced by writers, editors and video producers and is designed to communicate a marketer’s message through editorial-like content, not unlike magazine advertorials (think handcrafted content by the likes of BuzzFeed, Vice Media and the New York Times). 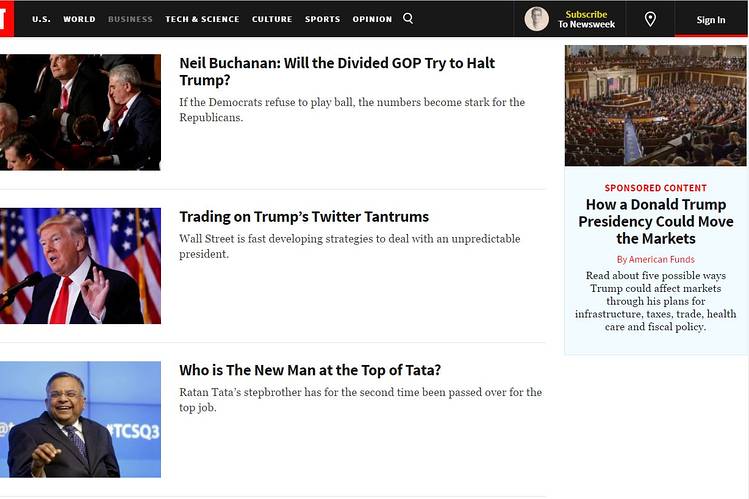 Meanwhile, programmatic native ads are seen more as a potential banner replacement that can be widely deployed. For a typical programmatic native ad placement, an advertiser might offer up the main editorial elements like a headline, images or video. Then those pieces are automatically customized and arranged to mimic the look and feel of webpages or a mobile app and are incorporated alongside editorial content.

First, the good news from the vendors themselves.

TripleLift, which delivers ads to publishers like USA Today and the Atlantic, said its revenue tripled in 2016 versus the previous year, without disclosing specifics. The number of ad impressions traded through its platform for native programmatic advertising surged from 3.2 billion in 2015 to 23 billion last year.

MediaRadar, a company that provides ad sales intelligence to over 1,400 media companies, said that it tracked 4,182 unique advertisers buying programmatic native ads, the first year the company tracked this figure.

So why aren’t native ads the majority of the ads you see these days on the web? Why are people still complaining about intrusive banners hijacking their small screens?

While it remains a small slice of the massive digital ad market, native programmatic appears to have momentum. For example, the ad tech company The Trade Desk said that the revenue it derived from native ads grew by 1,000% in 2016 as display advertising shrunk. It declined to specify dollar amounts or the number of native campaigns.

Google opened up its native ad technology products to a wider group of advertisers last October and said 1,000 campaigns have since been executed via its advertiser tools.

As Patrick Keane, president of Sharethrough, put it, “native is the only viable advertising solution for mobile.”

So why hasn’t everybody just made the switch? 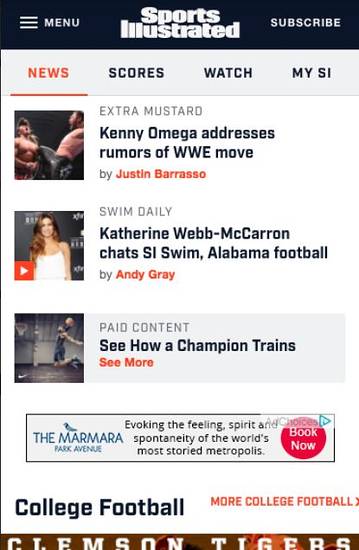 “It’s still very nascent and the marketplace is still oversaturated with banner ads. Our ad partners are not there yet,” she said.

Erica Schmidt, managing director for North America at the programmatic ad buying firm Cadreon, acknowledged that getting clients to produce native ad creative can be challenging. “It’s a big time investment,” she said.

But others argue that it’s the investment on the publisher’s side that is slowing things down.

Todd Sawicki, chief executive at the native ad tech company Zemanta, said that many of these ad formats require serious remodeling to a publisher’s website. “You don’t have as many experienced tech people who can make this happen at those companies,” he said.

Evan Adlman, head of programmatic for Condé Nast Media Group, acknowledged that he’s spent the past year getting the magazine publishers’ technology up to speed for programmatic advertising in general, and that native was less of a priority.

Nativo Chief Executive Justin Choi said it shouldn’t be surprising that programmatic native is still relatively nascent. Nativo has worked with more than 800 advertisers to date, but there are still plenty of big marketers that have yet to test the tactic.

“The narrative is maybe ahead of the size of the category, but the hype is justified,” he said. “It feels like we should be in the seventh inning when it’s really the third or fourth.”