Are You Listening? Podcast Advertising Trends You Need to Hear Today. Download it! →
October 18, 2013

The State of the Banner Ad If marketers have questioned the effectiveness of banner advertising for so long, they must be moving away from this form of advertising, right?

In fact, MediaRadar analysis reveals that the number of brands placing basic banner ads has remained consistent between July, 2012 and August, 2013. 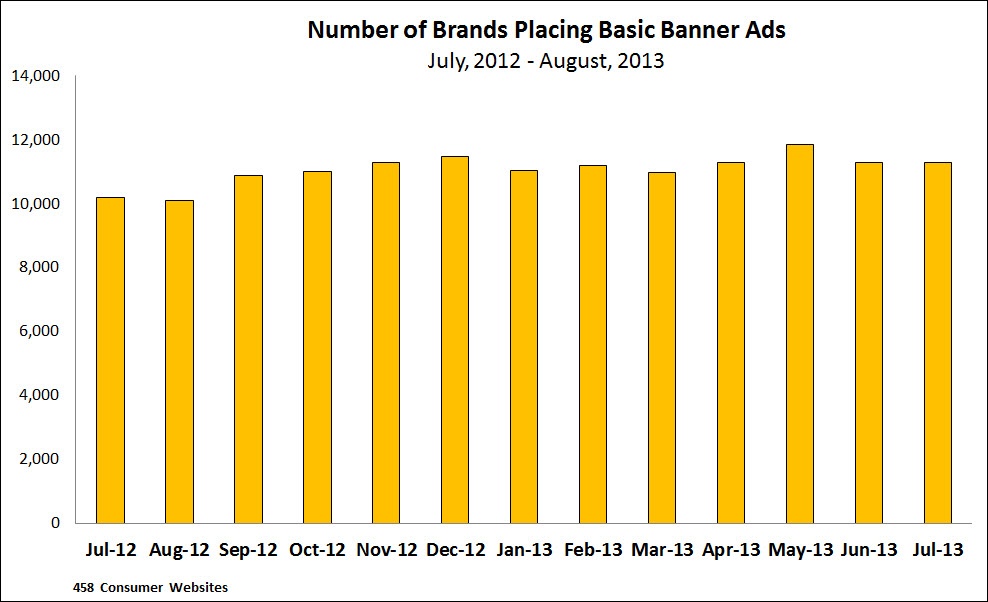 Even as online video, native ads, and other forms of rich media have come to market, the low cost of development and placement, and the ease to scale have kept the banner ad relevant.