At MediaRadar, we strive to keep industry members up-to-date with the latest and most important news and announcements.

Moving forward, we’ll be writing about each month’s notable mergers and acquisitons within the publisher and brand space.

In our last update, we saw many notable deals unfold. December 2017 brought much of the same.

We have broken our mergers and acquisitions update into four sections:

1.  Month Summary: A broad overview of the month’s total deals

4.  Announcements & Rumors: Deals that have been announced, but not made official, and potential high profile deals

December 2017 saw 91 deals completed for a total value north of $27 billion. The largest deal of the month was Deere & Co’s $5.2 billion acquisition of Wirtgen Group.

The average deal size for the month was $328 million.

The sector with the most activity was the financial services sector, with 13 deals finalized. The largest of these was SoftBank’s $3.3 billion dollar acquisition of Fortress Investment Group.

(NOTE: All numbers in the summary section are based on publicly available disclosures. Not all financial terms and agreements are made public, therefore actual totals are higher.)

High Profile Deals of the Month:

Deere & Company has completed the acquisition of Wirtgen Group, a German-based construction equipment manufacturer, for $5.2 billion.

With this acquisition, Deere adds road building equipment to its already vast heavy equipment offerings in agriculture, construction, and forestry.

Nutella and Ferrero Rocher maker, Ferrero International, has purchased the Ferrara Candy Company from L.Catterton for an undisclosed sum.

This was the second acquisition for Ferrero in 2017, following their $115 million purchase of Fannie May Confections.

WePay will operate as a standalone entity under Chase.

Financial terms of the deal were not disclosed, but Whink previously reported an average of about $6 million in annual sales. Campbell Soup Company has completed a $700 million acquisition of Pacific Foods of Oregon, a 30-year-old company that makes organic broth and soup.

The addition of Pacific Foods will expand Campbell’s reach in the organic food industry.

DWA is now a Merkle Company

Dentsu Aegis Network, through its subsidiary, Merkle, Inc., has completed the acquisition of B2B digital media and marketing agency, DWA.

The deal follows the group’s similar acquisitions of gyro and BAND in recent years. DWA will be rebranded as DWA, a Merkle Company. Financial terms were not disclosed. Home improvement specialty retailer, The Home Depot, has finalized its acquisition of The Company Store, a home-decor and textiles retailer.

The expansion into home-decor and textile products will allow Home Depot to “expand…into broader categories across the entire home”, according to Craig Menear, the chairman, CEO, and president of The Home Depot.

Time Inc. has sold Sunset Magazine to Los Angeles private-equity firm, Regent L.P. for $20 million – a media property it bought for $185 million from Lane Publishing in 1990.

Time Inc. itself is expected to be sold for $2.8 billion to Meredith Corp.

With the combination of QVC, HSN and zulily under one belt, Liberty Interactive will be the third largest e-commerce company in the U.S., behind only Amazon and Walmart.

(More details on BusinessWire and BizJournals)

Boston Herald announced that it has reached an agreement to sell its media properties to GateHouse Media LLC for $4.5 million after filing for bankruptcy in December.

After this announcement, at least three additional parties stepped forward to express interest in purchasing the Herald. CFO Jeff Magram declined to hint at the identity of the other potential buyers.

The Walt Disney Company announced that it has reached a deal to acquire most of 21st Century Fox, Inc. for $52.4 billion.

Prior to the completion of the deal, Fox will spin off the Fox Broadcasting network and stations, Fox News, and Fox Business Network into a new company.

Disney’s purchase of 21st Century Fox will give it a 60% controlling share of Hulu, which it hopes to use as a stronger competitor to Netflix.

The deal may take up to 18 months to close and will likely face pressure from federal regulators who previously sued to stop AT&T’s acquisition of Time Warner. 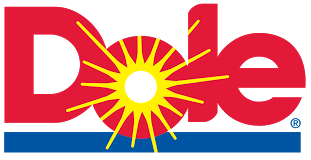 Dole Food Company, Inc., an American fruit and vegetable producer, is reportedly in advanced talks to sell itself to Greenyard NV, a Belgian fresh and frozen foods company.

If finalized, the $2.5 billion deal would give Greenyard a strong foothold in the U.S. food market.

For more news, updates, and general industry insights, be sure to subscribe to our blog and newsroom, and download our many informative trend reports!