We also learned, top advertisers leveraging this ad format fall into the media industry, placing ads for TV programming and films ranging from the new Star Wars film Rogue One to the new Lost City of Z. Vertical video also presents a tremendous opportunity for categories such as luxury fashion that buy very little on linear TV. Dolce & Gabbana, Chanel, and Tommy Hilfiger have all produced vertical video ads in Q1 2017, ranging from 3 to 15 seconds in length. 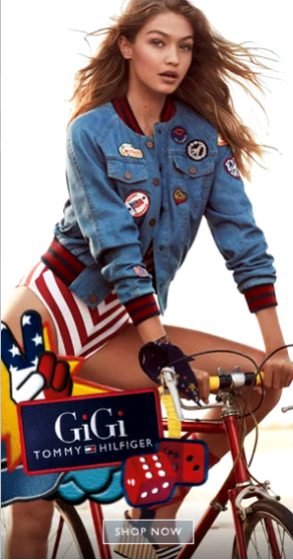 Through the analysis conducted by MediaRadar, we learned 70% of vertical video advertisers are running 15-second spots, but it isn’t uncommon for these spots to range from 5 seconds to 90 seconds in length. Vertical video also presents the advertiser with the creative option of implementing a split or full-screen format. Split format ads host a horizontal video in one section of the vertical ad, while full-screen format uses the full frame of the vertical ad to run the video.

Vertical video shows great potential for capturing attention in a relatively short amount of time. Though there is lopsided adoption today, growth in other high-CPM formats is a likely precursor to more advertisers across industries investing in vertical video.