Yes, print advertising may be in decline. But, that does not signal its end. It just means that the landscape is transforming and growing. There are still opportunities for print to win.

The Meredith Corporation, for example, is rising. As of January 2018, the company was bringing in almost $5 billion in annual revenue. With the purchase of Gruner + Jahr, Disney, Martha Stewart, Selectable Media, AllRecipes.com, and Time Inc. as well as the launch of Magnolia Journal, its stock increased 6X over the past ten years.

Publishers, take note. To succeed like Meredith, seize like Meredith. One of the best print advertising opportunities right now is a cover wrap and Meredith has capitalized on this. 25% of Meredith publications ran a cover wrap over the last year (July 2017 – June 2018). The list includes brands such as Cooking Light, Travel + Leisure, Entertainment Weekly, and Successful Farming, which has run the most cover wraps. A few images of Meredith cover wraps are below. In these examples, Firstleaf is advertising on both Cooking Light and Fortune, but has specifically customized its ad for the current publication in which it has been placed. 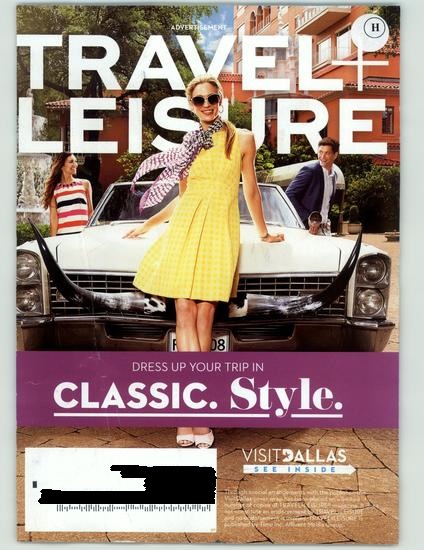 What is a Cover Wrap?

Cover wraps are sponsored ads consisting of four, six, eight, or ten pages that are bought by brands and wrap around the front and back covers of magazines at the spine. They’re coated with aqueous varnish and stamped with the magazine’s logo, ink jet box, and promotional disclaimer. Cover wraps are then formatted in gatefold, double gatefolds, or booklet style.

There are a lot of advantages to implementing cover wraps in one’s print advertising strategy. Not only can you include a lot of information and content on a cover wrap, which advertisers can customize for their specific needs, but you also have the freedom to write creative and rather bold messages. Plus, audiences are usually interacting with this form of advertising while waiting for potentially long periods of time at home or in business offices, physician waiting rooms, or beauty salons. The longer time frame makes it more likely that readers of cover wraps will actually take action and purchase the advertiser’s products or services.

This form of advertising has proven to be effective and is more affordable than full-page traditional ads. Some magazines and brands have noticed. A developing trend shows an increased interest in these cover wraps. According to MediaRadar CEO Todd Krizelman, about 20% of both consumer and B2B publications have sold a cover wrap in the past year. 846 magazine titles ran a cover wrap, 2,435 advertisers bought a cover wrap, and 4,899 cover wraps ran in the past 12 months. One brand placed 51 cover wraps in just one year. Cover wraps have seasonality to them too; cover wraps are most likely to be placed during September and October and least likely to be placed during the month of June. September and October have a 20% higher volume of cover wraps than the average month while June has a 30% lower volume of cover wraps than the average month.

In an article by FreeportPress, D. Eadward Tree in Dead Tree Edition emphasizes a major benefit of cover wraps: their affordability. While a full page spread inside a mass circulation magazine would probably be too expensive for most of the smaller companies, a more specific and targeted cover wrap campaign would provide them with a similar amount of publicity and remain within their budget. In another piece by FreeportPress, Paul Kostial of Audience Innovation, a company that helps sell cover wrap ad programs, substantiates the claim that cover wraps bring in higher returns on investment (ROIs) and are more successful than digital ads. He notes that one company “reported a 56% return rate among one campaign” and ‘“another company is getting “100 times better response there than they are on their digital campaigns to the same target.”’

Who Should Use Cover Wraps?

Smaller companies often struggle more with digital so cover wraps are attractive to them, especially since cover wraps still allow them to focus on their highly targeted audiences of affluent readers and business decision-makers. But, this doesn’t mean that larger companies aren’t taking part. They too are jumping on this trend. Major magazines like AdAge, Cosmopolitan, Fortune, and The New Yorker are running cover wraps and some big-name brands like Bud Light, Geico, Dove, Calvin Klein, and Samsung are buying cover wraps.

Cover wraps may be a great opportunity for all types of print publishers to increase sales. In fact, many already have all the necessary tools, such as a creative editorial team to write powerful, targeted messages. All they need to do now is to get started.