It was a dark and stormy night in 1988 when the first Shark Week show premiered: Caged in Fear. Since then, Shark Week has become a major hit with audiences and advertisers alike. According to Nielsen, Shark Week has received up to 2.5 million same-day viewers with a 1.46 rating in primetime.

This year; however, Shark Week altered its formula and aired earlier than usual – from June 26 through July 3rd. Other networks smelled blood in the water: would proximity to the July 4th holiday and upcoming summer Olympics take a bite out of ad sales?

Not at all: MediaRadar’s advertising data showed that Discovery Channel had one of the most successful Shark Week years ever. The number of advertisers in Shark Week programming was up 23% from 2015, for a total of 320 brands. The number of TV spots that ran also increased by 35%.

Discovery reeled in viewers for its advertisers with a campaign of online display, native ads, and online video starting a week before the sharks arrived. 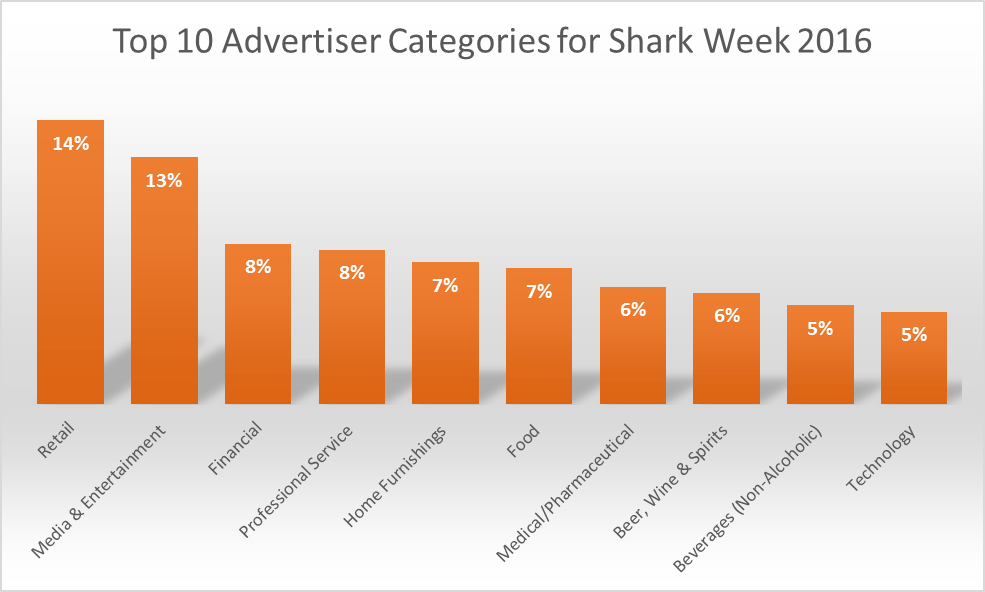 AT&T ran the most ads (31 spots). Comcast came in a close second (26 spots), promoting its movie ticket website Fandango and three films it distributes: The Secret Life of Pets, The Purge: Election Year, and Jason Bourne.