The 70th Primetime Emmy Awards ceremony aired on September 17th, 2018 on the NBC television network. While the Emmys do not make it into the top four TV events or even into the top ten events of the year by ad revenue, according to MediaRadar’s In-Depth Look Into the Current State of TV Advertising, the ceremony is still widely known and enjoyed. There’s a reason it has lasted for 70 years, so we thought we’d take a look at the top seven parent brands that spent the most in total advertising during the 2018 Emmys. 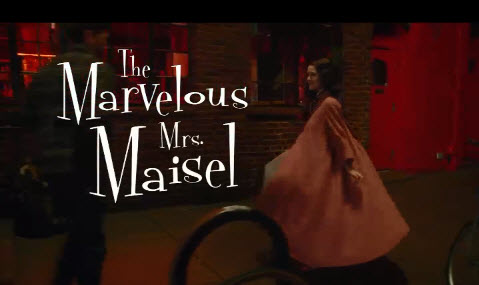 On March 17, 2017, Amazon Video launched the television series, The Marvelous Mrs. Maisel. It’s an American period comedy-drama that follows a late 1950’s housewife as she discovers a hidden talent she didn’t previously know she had – stand-up comedy. Beginning on September 17th, the night of the 2018 Emmys, Amazon Prime aired a 30-second television commercial around 185 different times on 10 separate networks to publicize the upcoming second season of The Marvelous Mrs. Maisel. The commercial aired until September 23rd, 2018 and cost just over $2,000,000. It showcased the program’s Emmy and Peabody awards and the rave reviews it received from The New York Times, The Hollywood Reporter, and The Washington Post, which deemed it “delightful,” “addictive,” as well as “jubilant and optimistic.”

From the start of the 2018 Emmy Awards on September 17th to the next day, September 18th, the Volkswagen Group AG aired a television commercial about ten times on two different networks, highlighting the first all-electric Audi: the Audi e-Tron. The 60-second spot said “We did not invent the electric car. We injected it with the Audi DNA and unleashed it. Electric has gone … Quattro. Electric has gone Audi.” It cost nearly $4,500,000.

A 30-second Capital One commercial aired almost 525 times on 26 different networks between the day of the 70th Primetime Emmy Awards ceremony and September 23, 2018. The TV spot introduced the Capital One Savor Card. The main point that the corporation wanted its viewers to understand was that the product would help cardholders earn 4% cash back on dining and entertainment. The commercial cost close to $5,000,000.

4. The Procter and Gamble Company

For one week, P&G aired a 15-second television commercial, from the day of the 2018 Emmys Award ceremony until September 23rd. The TV spot promoted the new Crest 3D White Therapy Collection as a toothpaste that both gently whitened teeth and was also good for them, in terms of protecting their enamel. The commercial was probably targeted towards Emmy viewers, who constantly see actors with perfect pearly whites. It aired nearly 345 times on 62 separate networks and cost around $450,000. One of the pharmaceutical corporation’s commercials featured Ray Liotta, a former smoker and 2005 Emmy winner for his outstanding guest performance in the drama series, ER. The 60-second TV spot promoting Chantix aired over 1,330 times on 45 different networks for 49 days between August 6, 2018 and September 23, 2018. It cost nearly $11,000,000.

For just one day, the same exact day as the 70th Primetime Emmy Awards ceremony, the South Korean multinational conglomerate ran a 30-second ad following one of this year’s Emmy nominees: Issa Rae of Insecure, who was nominated for the lead actress role in a comedy. The TV commercial follows the growing fame of this up-and-coming star from the launch of her YouTube series, The Mis-Adventures of Awkward Black Girl, seven years ago to the pick-up of her current television series, Insecure. It aired almost three times on two different networks and cost close to $1,000,000. For 37 days, between August 16, 2018 and September 21, 2018, the American telecommunications company ran a 60-second ad nearly 170 times on three separate networks. The fact that the commercial displayed a family trying to watch a television program together showed its relation to the Emmys. It more specifically advertised Verizon Fios’ 100% fiber-optic network, Fios gigabit connection, as well as special offers and discounts, such as their $200 gift towards Google and Nest home devices, the 250 channels, two-year price guarantee, and $150 Visa Prepaid Card. The TV spot cost nearly $5,000,000.