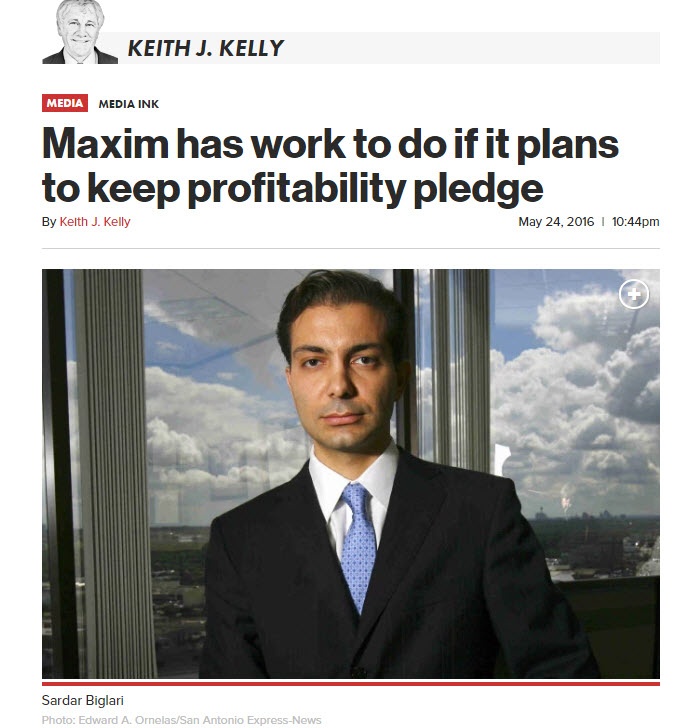 Biglari, the head of Biglari Holdings, the conglomerate that owns Steak ’n Shake and other entities, is two years into ownership of Maxim.

He has pledged to return Maxim to profitability by the end of 2016. If he keeps that promise, it’s going to mean a lot of hard work over the last three quarters of the year.

In the first quarter, Maxim posted an operating loss of $3.5 million — down from $5.9 million in the same period a year earlier, according to a recent regulatory filing.

In addition, Maxim’s ad pages in the quarter dropped 21 percent, according to MediaRadar, although it did have an uptick in its February issue.

The number of online advertisers rose 50 percent, to 609, according to MediaRadar.

Maxim did not return calls.