As any ad sales or ad tech professional knows, the demand for programmatic ad inventory has been rising on a number of different platforms. And with Pandora’s most recent news, it’s evident that audio platforms are now taking full advantage of the process, as well.

Pandora will now, for the first time, offer a private marketplace (PMP) for programmatic audio advertising, something that many considered a long-time coming.

While, the audio industry does not always receive the same amount of coverage as other formats in relations to programmatic advertising, Pandora’s full buy-in could change that.

Programmatic advertising is actually not new to audio content. Spotify and iHeartRadio have both offered programmatic marketplaces for the last few years, iHeartRadio being the first, when they introduced their initial PMP in 2014.

Pandora, on the other hand, until now, had only offered programmatic ad buying for display and video ad placements.

Their new programmatic audio advertising marketplace will run through platforms from The Trade Desk, MediaMath, and AdsWizz, working as a pilot program for them to test and gather insights to move forward with.

This makes life easier for advertisers that are looking to connect with their target audience via audio content, but perhaps don’t have the time or human-power to purchase direct ad placements.

They can now interact more easily with these platforms, and thus more efficiently target the users of each of those platforms.

In fact, the nature of these audio content platforms and how users interact with them offer many reasons for brands to incorporate audio advertisements.

The nature of Pandora.

This one is fairly simple. In a time where first-party data holds tremendous value, one big reason advertisers and ad tech companies crave Pandora is because of their own user analytics.

Based on user listening habits, Pandora has over 2,000 audience segments.

In their efforts to give users the best possible listening experience, they’re also collecting extremely valuable data for advertisers.

So, by nature of how Pandora itself collects extensive user data, and by how they try to appease their users, audience targeting for advertisers can be uber-specific.

The nature of programmatic.

Programmatic advertising as a whole enables advertisers to better target the audience they’re looking for through media consumption habits.

The process is automated, and done in real-time. Meaning, not only can advertisers better reach their desired audience, but they can do it at the exact moment they want.

Since Spotify has been implementing programmatic for some time now, we’ll use them as an example: 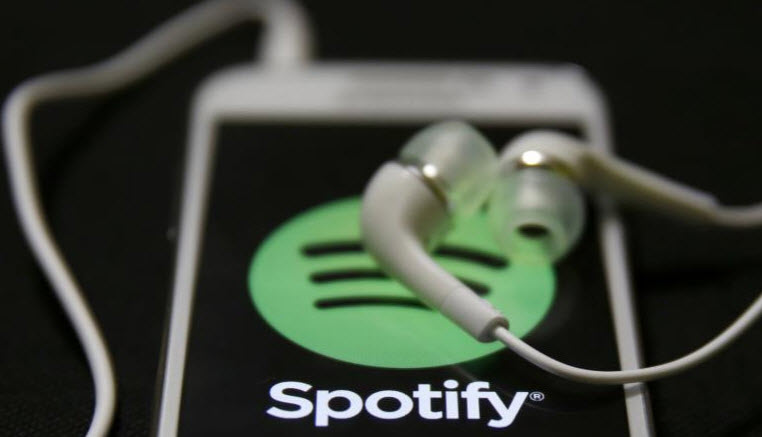 Advertisers on Spotify have the ability to target the listeners of a certain playlist – while they’re listening to that playlist.

In real-time, while you’re enjoying the sweet melodies of the 80’s, an advertiser can send you an extremely timely and relevant message, based on the fact that you started playing that playlist.

Programmatic audio advertising gives brands the opportunity to push consumers toward immediate action, as well. That’s exactly the idea in this case. You have your mind set on Stranger Things, on a certain type of audio, when a relevant ad appears.

The nature of how people interact with audio.

In general, audio listeners are prone to immediate action. Audio, notably podcasts, have been proven to make users move quickly to purchases.

Any podcast listener is very familiar with the, “This podcast is brought to you by…” messages spread throughout the lifespan of an episode. The podcast host reads a message, and typically offers a promo-code to listeners, provoking them to act in the moment.

That’s because, audio content, often times, is more personal to us. Consider music and podcasts, for example:

Music draws very strong and specific emotions from listeners. The more we listen, the more we become attached to songs, artists, and albums.

The same could be said for podcasts. Whether the content is about news, sports, comedy, or psychology, listeners are often very passionate about whatever it is that they’re consuming.

Naturally, an advertiser with a similar target audience to that of the content at-hand would want to place their brand message alongside that content.

As listeners become more personally attached – and loyal – to the content they’re absorbing, they’ll build a more prevalent affinity with the sponsoring brands of that content. At the worst, they’ll at least be more patient in engaging with those ads.

What does all of this mean for ad sales?

The audio world’s building reliance on programmatic advertising is big news for ad sellers, and ad tech, as well.

While Pandora’s news brings forth a lot of opportunity for advertisers, it also requires a new diligence from audio ad sales teams and ad tech companies moving forward.

Companies like DAX and AudioHQ, for example, are currently leading the charge in programmatic audio on the seller-side.

This move signifies that industry leaders, and those already most involved in the industry, are buying even further into programmatic audio advertising.

These moves tell us that audio content is a growing industry for both advertisers and ad-sellers.

Ad sellers now have a lot more to consider, on the audience-side, and the advertiser-side of audio content. There’s a growing world of information that they now need to consider when working to fill audio ad space.

First and foremost, it’s extremely important for audio ad sellers to know which brands are investing in audio advertising.

If a brand is already buying audio, then it’s clear that they value its available audience. If they’re not, it could simply be that they have yet to adopt the rising media format, and need to be informed of its benefits.

What kind of audio are they buying?

This question is asking two things… First, what type of audio content do they appear alongside (music, podcasts, radio, etc.)?

Second, what genre of content do they appear alongside? For example, if a brand seeks to advertise alongside music, they may target a piano-relaxation playlist, a movie soundtrack, or exercise music.

A brand seeking podcasts could be looking for sports, comedy, or world affairs.

It’s also essential to know which brands are buying programmatic, in or outside of audio content.

This lets ad sales teams know who may already be buying programmatic audio ads, or who may want to do so in the near future.

Knowing who already buys programmatic outside of audio can help identify the brands possibly looking to enter the programmatic audio advertising space.

As with any emerging media, there are going to be a lot of brands that are already transitioning their spend to programmatic audio. It’s important that ad sales teams take note of how advertiser-spend shifts across different medias from year-to-year.

Brands already placing programmatic audio ads won’t need to be convinced of the format, but instead of specific ad sales solutions within the format.

All in all, programmatic advertising has been disrupting the industry for some time now, and audio could be a large part of it’s general implementation moving forward.